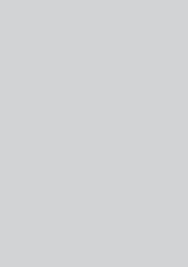 Dr. Gravagne grew up in the Sandia mountains near Albuquerque, NM. In the sunny southwest, he developed interests in hiking/backpacking, music, mathematics, Ham Radio, and solar energy before attending Rice University (Houston, TX). After receiving his B.S.E.E. from Rice and working short stints for Schlumberger and Texas Instruments in Sugarland, TX, he moved to Clemson, SC, for graduate work at Clemson University with Dr. Ian Walker. He there earned his M.S. and Ph.D. degrees in the general areas of robotics and automation. He arrived at Baylor University in 2002.

Dr. Gravagne's research interests are varied – energy system modeling (with a special interest in solar energy), distributed control systems, swarm intelligence – but tied together through the common theme of mathematical modeling of dynamical systems. In particular, Dr. Gravagne founded the Baylor Time Scales research group with Dr. John Davis (Dept. of Mathematics) in 2002. The group studies the mathematics, and applications of, an emerging frontier of research known as "dynamic equations on time scales" and is widely recognized for its innovative contributions to the field of DETS.

Music remains an important part of Dr. Gravange's life. He plays the piano and the viola, using both in church services as an offertory soloist, congregational accompanist and choir accompanist. He has played the viola with the Baylor Symphony Orchestra and the Waco Symphony Orchestra and studies viola with Dr. Kathy Steely (School of Music). He and his wife Ann have three children.