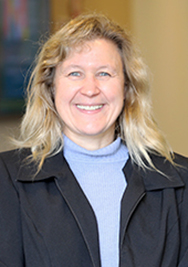 Dr. von Jouanne is an Energy Systems professor in the Department of Electrical and Computer Engineering at Baylor University, and Director of the Baylor Energy and Renewable Systems Laboratory. She was a professor in the School of Electrical Engineering and Computer Science at Oregon State University (OSU) for 22 years, since 1995, and joined Baylor in 2017. She received her Ph.D. degree in electrical engineering from Texas A&M University where she also worked with Toshiba International Industrial Division in Houston, TX. Professor von Jouanne specializes in energy systems, including power electronics and drives, and power systems. With a passion for renewables, she initiated the Wave Energy program at OSU in 1998, developing it into an internationally recognized multidisciplinary program. She also co-directed the Wallace Energy Systems & Renewables Facility (WESRF), one of the highest power university-based energy systems labs in the nation. Dr. von Jouanne has received national recognition for her research and teaching, and she is a registered professional engineer as well as a National Academy of Engineering “Celebrated Woman Engineer”.