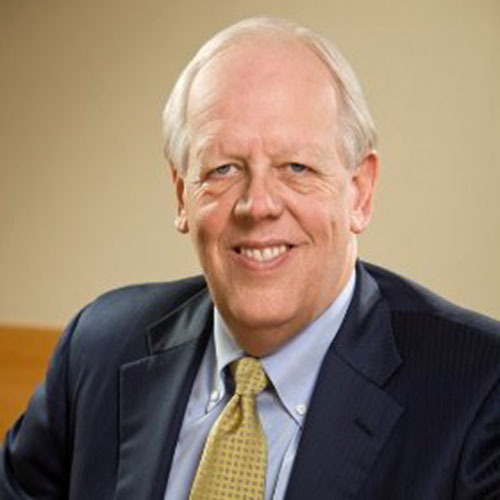 After graduating from Baylor, Bill started his career with Accenture in February 1980 and remained with the company until his retirement in November 2013. During his 33+ year career, Bill consulted with domestic and international companies across the energy, chemicals, utilities, mining and metal industries including assignments in Anchorage, Alaska and Kuala Lumpur, Malaysia. Bill held positions with Accenture including Quality Managing Director and Group Operating Officer for the Resources global business and Senior Managing Director for the Houston office.

Married in 1988, Bill and Tanya remain active members at Second Baptist Church in Houston. Bill has taught an adult Bible study class for more than 25 years and currently serves as Deacon Chairman. Previously, he served on the boards of the Houston Minority Supplier Development Council (HMSDC) and the Executive Services Corps of Houston (ESCH). A former elementary education teacher, Tanya taught children’s Bible study and participated in several organizations such as the Chi Omega Alumnae Association.

Bill and Tanya endowed a student scholarship for the School of Engineering and Computer Science. They are also involved with the Baylor Bear Foundation, the Baylor Business Network and the Baylor Angel Network and have previously served on the President’s Scholarship Committee. Bill is a member of the Baylor University Board of Regents.