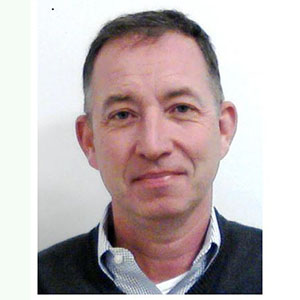 Mark Biegler is ExxonMobil's Chief Engineer for Drilling and Subsurface. In this role, he is involved in well design, technology development and application, and operational support for ExxonMobil well operations worldwide.

Mark joined ExxonMobil in 1992 after graduating with a Ph.D. in mechanical engineering from Tulane University. Mark began his career at ExxonMobil carrying out drilling and completions research and technology development. Early in his career, Mark also worked as a Drilling/Completions Engineer in the U.S. Gulf of Mexico. In 2004, Mark moved to St. John's NL to work as a Well Engineer for Hibernia. Mark returned to Houston in 2006 and has subsequently carried out Drilling and Subsurface leadership roles for Chad, Equatorial Guinea, Kurdistan, Operations Integrity, and Sakhalin Island Russia.

Mark grew up in Panama City, Florida. His mom was a school teacher and dad ran a machine shop for the US Navy. Mark is an Eagle Scout. He enjoys re-building vintage four-wheel drive vehicles, fishing, and minimalist camping/backpacking.