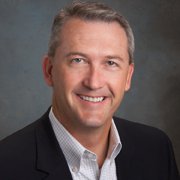 Rick is the President and a founding partner of Capstone Mechanical. Capstone is an engineering, contracting, and service company that provides products and services for HVAC, piping, plumbing, sheet metal, building automation, and energy in the Central Texas Region.

Rick graduated from Baylor in 1993 with a Bachelor of Science in Mechanical Engineering. He worked in a variety of engineering roles for The Trane Company through 2001 before going to work for a local Waco contracting company. In 2005 Rick helped launch Capstone which has now grown into a multidiscipline organization with over 160 employees. Capstone actively hires Baylor graduates and offers engineering internships where students not only get to apply engineering principles but where they are also mentored in what it means to serve God in the business world.

When not involved raising his four boys, Rick spends time serving in the community through his church, through various roles at the Waco Chamber of Commerce, the Midway ISD Board of Trustees, the business advisory board for the Greater Waco Advanced Manufacturing Academy, and several other organizations. He is especially proud of his role as co-chairman and founder of TriWaco, an officially sanctioned triathlon held each summer in downtown Waco. He was also honored to be named one of the Outstanding Young Alumni by the Baylor Alumni Association in 2009.

Rick and his wife Elizabeth reside in Woodway, Texas with their four sons Ross, Kyle, Jack, and Cade.