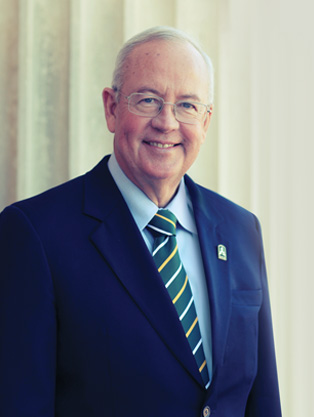 At its first meeting of the spring 2014 semester, Baylor University's Faculty Senate presented President and Chancellor Ken Starr with a Senate resolution congratulating him on his recent appointment as Chancellor and commending him for his leadership of the University.

The resolution, which was passed unanimously by Senators on Nov. 12, 2013, reads: "The Baylor Faculty Senate congratulates Judge Ken Starr on his appointment as Chancellor and commends his service and leadership as Baylor's President, especially his spirit of cooperation and shared governance."

"I am deeply, deeply humbled and most appreciative of this resolution passed by the Faculty Senate," Judge Starr said. "It is a profound blessing—and an honored responsibility—to serve Baylor University alongside our wonderful faculty who are daily helping to transform the lives of our students and move Baylor University boldly forward in terms of our global impact." 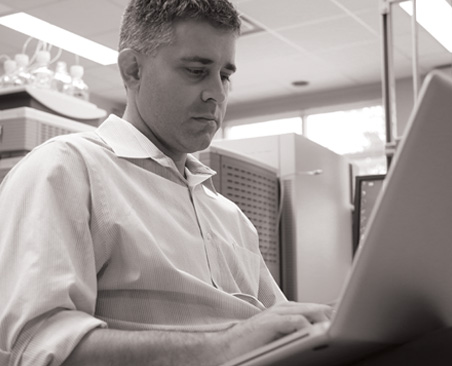 Can parents use digital cameras and smart phones to potentially screen their children for the most common form of pediatric eye cancer? Baylor University and Harvard Medical School researchers believe so.

Researchers discovered, through the use of amateur digital photography, evidence of leukocoria or "white eye," the cardinal symptom of retinoblastoma. The leukocoria can be seen in photographs during the earliest stages of the disease.

Retinoblastoma, mostly occurring in children from birth to 5 years old, is an aggressive eye cancer that, if not treated in time, can be fatal if it spreads to the brain. Typically, "survivors experience moderate to severe vision loss" and in some cases loss of both eyes, but early detection and treatment can increase the chances of survival and vision preservation.

Historically, children with retinoblastoma exhibit persistent "white eye" in photographs. Despite this link, digital photography has not been intentionally used by doctors to screen for retinoblastoma.

"Diagnosing retinoblastoma continues to be a major challenge. One of the most effective methods for detecting it appears to be amateur photography," said Bryan F. Shaw, PhD, assistant professor of chemistry and biochemistry in Baylor's College of Arts & Sciences and lead study author. "In a majority of retinoblastoma cases, it is the parents that initiate the diagnosis based on seeing leukocoria or 'white eye' in photos of their children."

That was the case for Shaw and his wife, Elizabeth, who first noticed their son Noah's "white eye" in family photographs. It was Noah's battle with retinoblastoma that inspired Bryan Shaw to begin to make digital photography a deliberate tool in retinoblastoma screening.

The Black Gospel Music Restoration Project, a search-and-rescue mission launched by a Baylor University researcher to save little-known recordings from yesteryear's Golden Age of black gospel, will become a permanent feature of the Smithsonian Institution's National Museum of African American History and Culture.

The The Black Gospel Music Restoration Project (BGMRP), managed and maintained by Baylor Libraries' Digital Projects Group, will be among materials displayed at the museum, according to museum officials and BGMRP founder Robert Darden, an associate professor of journalism, public relations and new media in Baylor's College of Arts & Sciences. The museum will open its doors in 2015.

"When we first conceived what would become the Black Gospel Music Restoration Project, we really had two goals in mind ... both of which seemed impossibly distant and far-fetched at the time," Darden said. "One, we wanted to begin the never-ending process of identifying, acquiring, digitizing and cataloguing gospel music's fast-vanishing vinyl legacy. I feel so blessed that we're well on the way to accomplishing that goal. This is an ongoing process that I hope and pray continue long after I'm gone.

"The second dream was to make this priceless, extraordinary music widely available," he said. "Working with the Smithsonian's new National Museum of African American History & Culture will go a long way to making that second dream a reality." 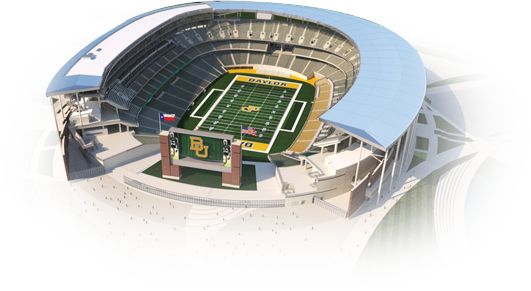 Baylor University announced recently that it would name its new football stadium, McLane Stadium, after one of the most distinguished and generous alumni families in Baylor University history. The name honors Drayton McLane Jr. and his family's continuing generosity to the University and lengthy history of service to Baylor.

"Drayton McLane has done so much for Baylor University, and he has consistently demonstrated a deep love for his alma mater not only through his significant giving but also through his longtime service to the University as a Regent and chairman of the board," said Richard S Willis, BBA '81, MBA '82, chair of the Baylor Board of Regents. "With his continued generosity to the University, the board felt that naming our new football stadium McLane Stadium would appropriately honor Drayton McLane and his family for their remarkable generosity and visionary leadership, both of which have helped give rise to this extraordinary period in the history of our University. Drayton is a humble servant and did not seek such recognition, but he has reluctantly conceded to having his name on the stadium, and we are delighted."

George Cobb, PhD, professor and chair of the department of environmental science in Baylor's College of Arts & Sciences, has received the Herb Ward Exceptional Service Award from the Society of Environmental Toxicology and Chemistry (SETAC).

The Herb Ward Exceptional Service Award recognizes any past or present SETAC member who has performed long-term, high-quality service to the society. Cobb will receive the award in recognition of his 25 years of service to the society as a member, chair holder and president of SETAC North America. His leadership helped SETAC North America and SETAC Europe establish the spirit of cooperation that exists today and recognizes the goal of "one SETAC," which Cobb said was challenging, but exciting and fun.

The Chemistry Advisory Group has also benefited from Cobb's dedication. He worked diligently to increase the representation of chemists in SETAC and make the organization relevant to his colleagues.

"(This award) means quite a bit because this is the kind of award that they don't give to the person that's got the highest publication rate or the most presentations in the society or the most funds raised," Cobb said. "It's for overall activities in the society. There are a lot of people I respect who have won this award."