Dr. Seung Kim can imagine a day in the future where early detection of major diseases ranging from cancer to heart disease will be as simple as the blood test a diabetic uses to detect low blood sugar. 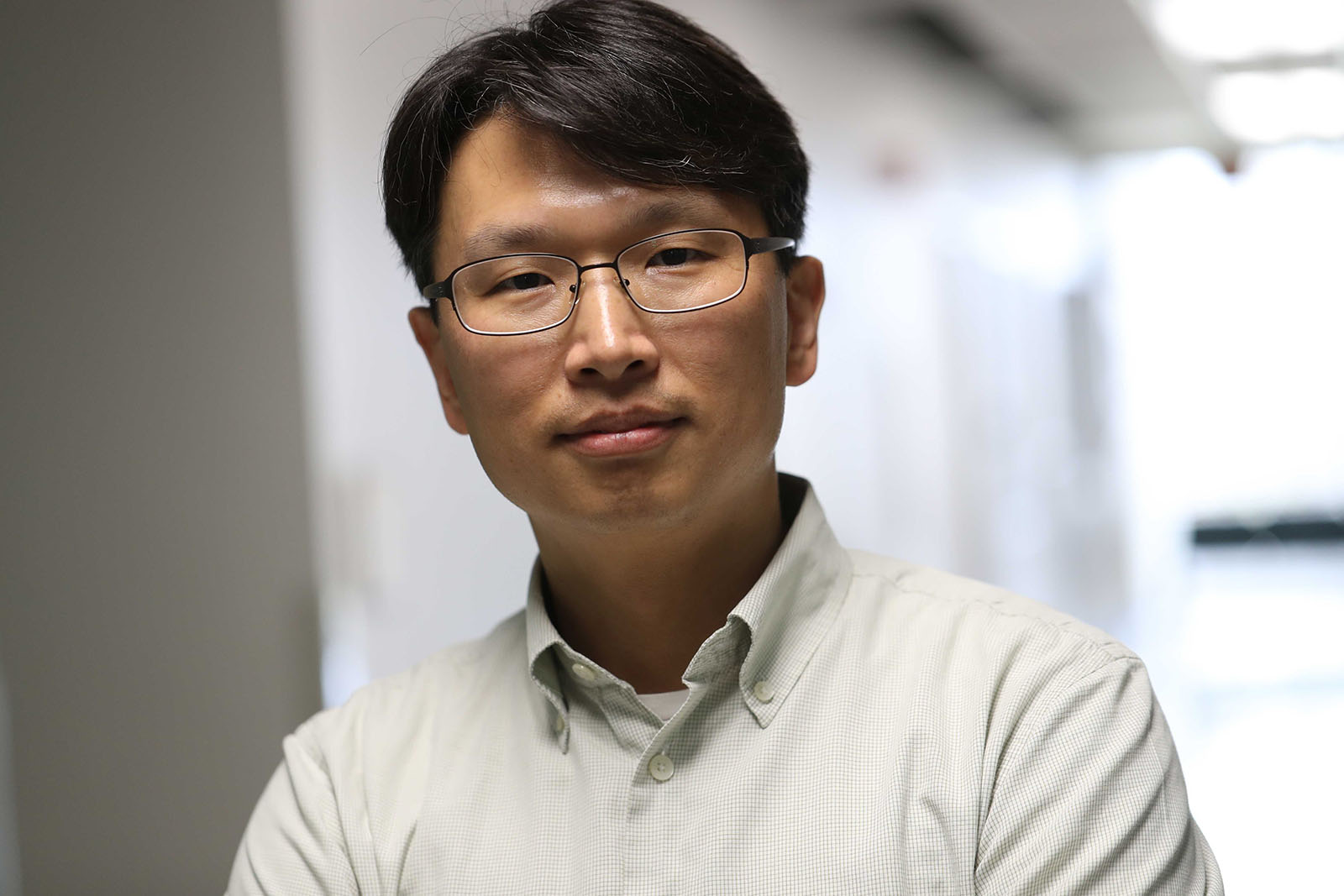 His work is focused on early detection. “The impact will be significant,” said Kim, associate professor of electrical and computer engineering. “Almost 100 percent of patients diagnosed with prostate cancer at stage one will survive for more than five years. When they find the prostate cancer at stage four, the five-year survival rate drops down to 29 percent,” he said, adding the same holds true for many cancers. “People are dying because they don’t find the disease at an early stage.”

The National Science Foundation (NSF) also sees the value in Kim’s work. He is a recipient of the Faculty Early Career Development (CAREER) award and $620,000 in research funds.

The CAREER Program is a Foundation honor of the NSF’s most prestigious awards in support of early-career faculty who have the potential to serve as academic role models in research and education and to lead advances in the mission of their organization.

Kim is developing a device that is highly sensitive and will be able to detect specific biomolecules, or biomarkers, in blood. “Patients with certain diseases have an elevated concentration of biomarkers, so we can determine the disease,” said Kim.

The machine will be highly selective in order to detect a wide range of diseases with accuracy and to prevent an inaccurate positive diagnosis. A positive test would indicate the need to follow up with a doctor.

“Eventually I’m envisioning this will be an affordable consumer product so people can have it at home and perform the test by themselves,” said Kim, who anticipates patients would use it monthly.

He has established the concept. Now he’s working to demonstrate and optimize the design by refining the sensitivity of the biosensor that reads the blood. It’s an intricate process, dealing with the micron level.

“The optical cavity is the gap in between two partially reflected mirrors and that gap is in the range of one micron to five microns. You can imagine if you have one particle bigger than five microns sitting in between those two, my device will be dead,” said Kim.

That kind of sensitivity requires Kim to work in a cleanroom because even the smallest amount of dust could affect his research. A cleanroom has a controlled level of contamination limited by the number of particles in that space as well as the specified particle size.

The optical cavity is where the fluid flows. One mirror has receptor molecules on it that allow specific biomarkers in the blood to be attached. Laser diodes at two or three different wavelengths produce optical signals and a camera is used to measure the changes due to absorption of biomarkers on the mirror surface. The device then determines whether a specific disease may be present by processing the data.

Kim collaborates with Dr. Jay Kim at Texas Tech, a researcher and friend he met several years ago. “I’m focusing on developing the sensor part—how to detect signals due to the existence of certain biomarkers, and he’s working with manipulating the fluid,” said Kim. “He’s working to incorporate our optical structure with his microfluidic device so that as we put drops of blood into the microfluidic chip, his chip delivers the sample fluid into the sensing area,”
Kim added.

Baylor junior biomedical engineering major Caitlyn Breaux assists with research in the Baylor Research and Innovation Collaborative (BRIC). She tests two different types of processes that can be used to make the microfluidic channel where a specimen will eventually be put to see which will be the most efficient for the bio-sensing component.

“The most interesting part is getting to see firsthand the theories behind using the equipment we use—chemical and protein reactions for making the bio-sensing part of the system, physics, microfluidics and electrical engineering components melded together to create something that will save a life someday,” said Breaux.

Kim says through the power of his research, not only will lives be saved but the economic impact of disease will one day
be mitigated.

He cites a report from the Milken Institute, an independent organization working to improve the lives and economic conditions of people around the world. The report shows the combined economic impact of chronic diseases such as cancer, diabetes and heart disease, including both treatment and loss in productivity, is estimated to grow to $4.2 trillion by 2023. It shows that with better prevention, detection and treatment of chronic diseases, that number could be reduced by 25 percent.

Kim also points out that more than 75 percent of cancer patients in developing countries found their cancer in a late stage. “In the U.S. if we want to do a blood test, we have tools. We have resources for that. In developing countries, that’s not the case,” he said. “If I can develop a low-cost system that’s easy to use and easy to maintain, and we can ship it out to developing countries, I believe they can find a good use for it.”