Behind the scenes of the daily activity in the School of Engineering & Computer Science (ECS) lies the Board of Advocates.

This group of highly talented and industry-experienced men and women provide guidance to the School in the areas of research, professional development and support in a variety of additional areas. Their valuable insight into the engineering and computer science industries not only touches administration within ECS, but faculty and students as well.

Two board members with such experience and dedication to ECS are Don McErlean and Don Roberts. These two men have given their time and resources to faculty and students, and both have a strong belief in Baylor and her students. 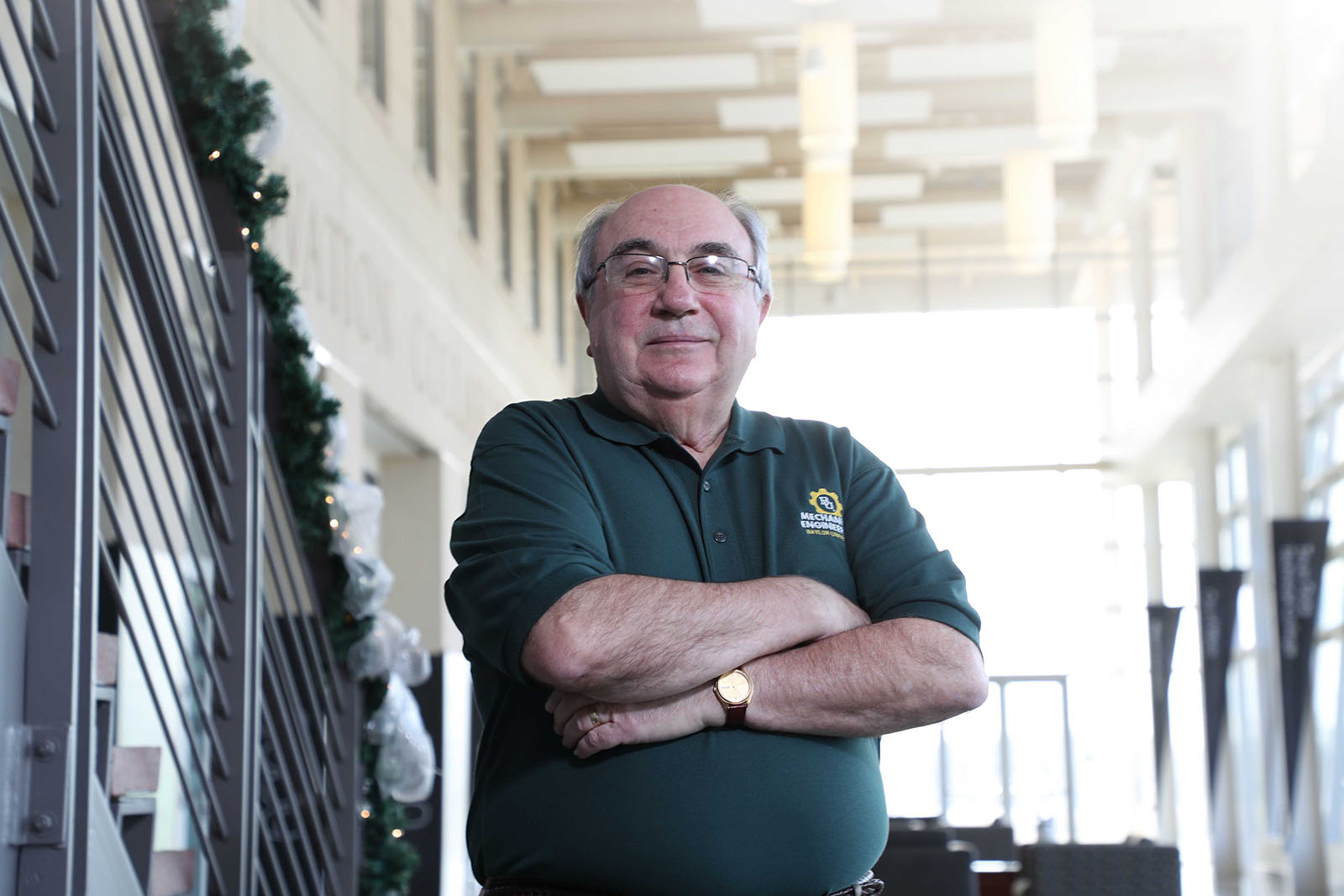 McErlean—retired Air Force Lt. Col., ECS board member and now adjunct professor in mechanical engineering—helped draft the first regulations on aircraft noise, was on the team that designed the first quiet airplane, and served as a systems engineering manager over the propulsion systems in the F15, F16, B1 and B2 planes. He became a senior executive service member assigned to the Department of the Navy, retiring as the Deputy Assistance Commander for Research and Engineering leading 11,300 engineers across the world. As a consultant, he worked with L3 Technologies and that’s how he was introduced to working with Baylor engineering students.

McErlean began serving on the ECS Board of Advocates through his role at L3. When the opportunity arose to work as an adjunct faculty member, he jumped at the chance. He said Baylor students are very unique and he was excited about the possibility of working
side-by-side with engineering
design students.

“They’re bright, they’re smart, they’re energetic and hardworking and they have that Christian value,” McErlean said. “The students at Baylor are top tier. There’s no question that we can teach them—and we do, but there’s another piece of education that asks the question—how do you survive out in the big world once you leave the hallowed halls? I’ve always been interested in trying to use my experience to help give them an idea and prepare for that.”

“I’ve always been involved and had a great interest in STEM education,” McErlean says. “In Maryland, I was on commissions including the governor’s commission on high technology for communities. We were involved in the local school board. In 1997, they didn’t even have a STEM program in the school and today they have a STEM high school. I was part of the process that moved along and established the first STEM programs in that community. I’m proud of that.”

McErlean says he wants to grow and broaden the appeal of the engineering profession to a wide variety of people.

“Look, in 2030 the baby boomers are going to all be retired,” he said. “We’re going to be 26 million people short in the workforce and if we don’t bring back Rosie the Riveter, we’re in deep trouble.”

That’s essentially why McErlean is dedicated to teaching Baylor students after his retirement.

“I spent 40 plus years in engineering and government doing actual engineering project work and so hopefully I can impart a little of that experience to the students and make them a little better prepared for when they get out in the world,” McErlean said. “Because it is a shift. When you leave the academic community and you move into industry, there’s a difference. And I think that it’s the whole of idea of preparing our students to move into their work.”

McErlean believes Baylor produces top notch students who will deliver when they enter into the industry.

“Baylor takes the research university and combines it with the Christian value system and I think it’s an extraordinary premise that gives our students something to
take forward.” 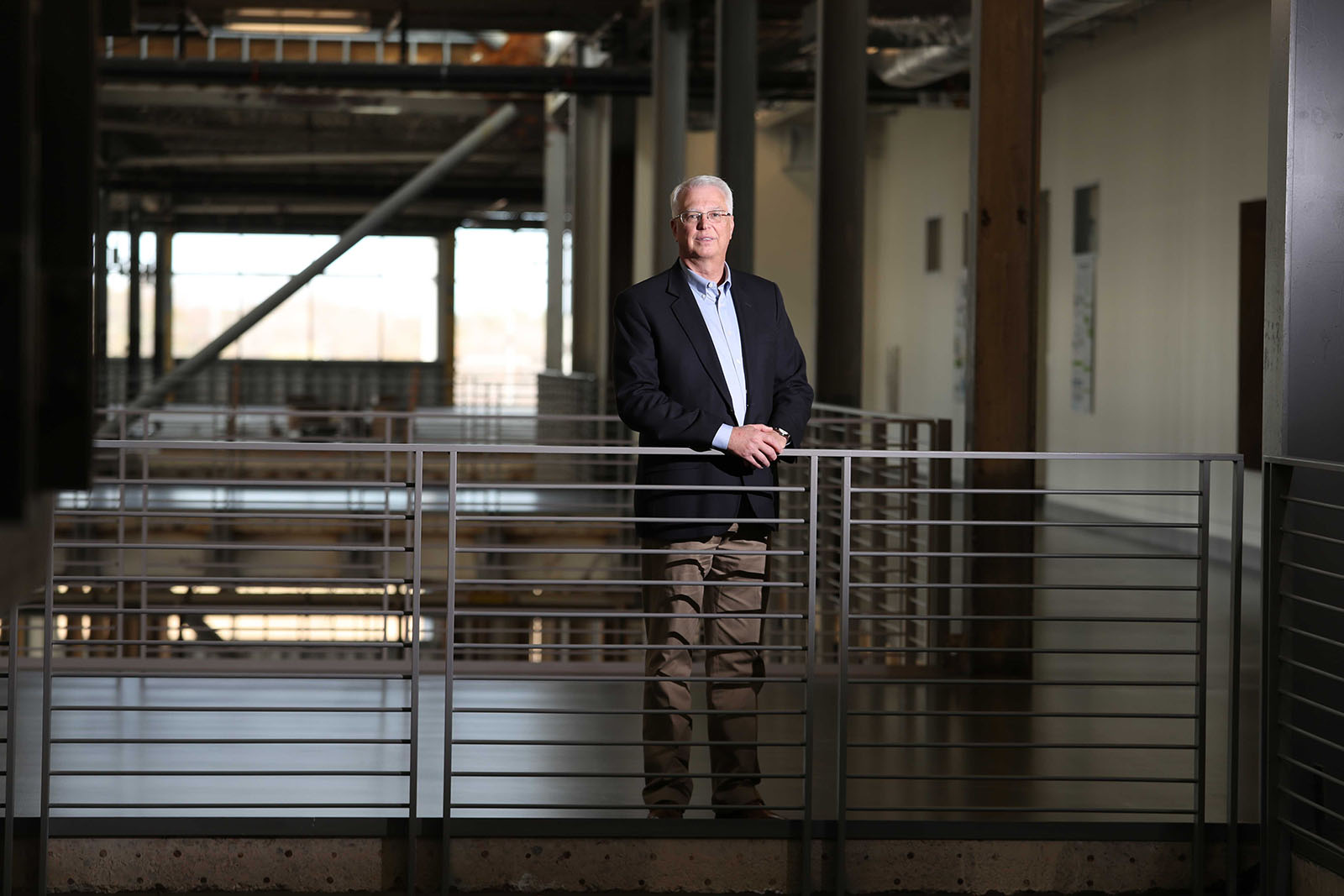 Roberts, a Lockheed Martin Fellow of Aircraft Airworthiness Certification and ECS board member, is actively involved with engineering students through company sponsored senior design projects. Through his career, he worked with Halliburton Services as a design engineer and Boeing Commercial Aircraft in manufacturing engineering then quality assurance engineering. After Boeing, he joined Lockheed Martin as a systems engineer supporting the F-16 program. Now as a Lockheed Martin Fellow, Roberts is a mentor and trains younger engineers as part of his duties.

“Serving gives me another way to pour my knowledge of 35 years in industry into the students who will someday take my place in the engineering workforce,” Roberts said.

Lockheed Martin sponsored its first senior design project with Baylor during the Spring 2017 semester, which involved designing a tool for application of a sealant to fasteners on the F-35.

“Senior design projects not only bring real life into the classroom, but help Lockheed Martin solve challenging engineering problems. The project in 2017 was a great success!” Roberts said.

Roberts’ experience and consultation on the projects are helpful to Baylor students and, as a bonus, students have the chance to show good work to a company interested in hiring Baylor engineers after graduation.

“We see the work evidence of students doing an entire design project and we know that they will do well at Lockheed Martin,” Roberts said. “We’re pleased to have hired excellent graduates into the Lockheed Martin workforce. Our records show that Aeronautics hired 13 Baylor graduates in 2017. That is exciting!”

In addition to good work, Roberts knows that Baylor students offer something much more.

“There is a positive difference exhibited by all Baylor students,” he says. “I see the dedication of the faculty and staff at Baylor. Their priority is the student and ensuring that they are prepared not only to move into a career, but also in their spiritual and moral character. That is what makes Baylor different.”

Roberts says working with Baylor students has been one of the highlights of his career.

“To see real world engineering challenges brought into the classroom, worked on by students with fresh ideas and new ways to approach problems, coached by faculty who inspire and encourage, followed by professionally presented solutions in the Lockheed Martin workplace, has been very satisfying to me,” Roberts said. “If through this collaboration I can convey to the students even a
spark of the excitement that can be enjoyed as an engineer, then I’ve been successful.”