Working in the Cyber-Physical Systems Research Lab at the BRIC, Dr. Liang Dong and his research team are helping to secure big data generated by the power grid.

Dr. Liang Dong, an associate professor of Electrical and Computer Engineering, is currently engaged in leading-edge research on the Internet of Things (IoT), deep learning and security — and their applications to the power grid. 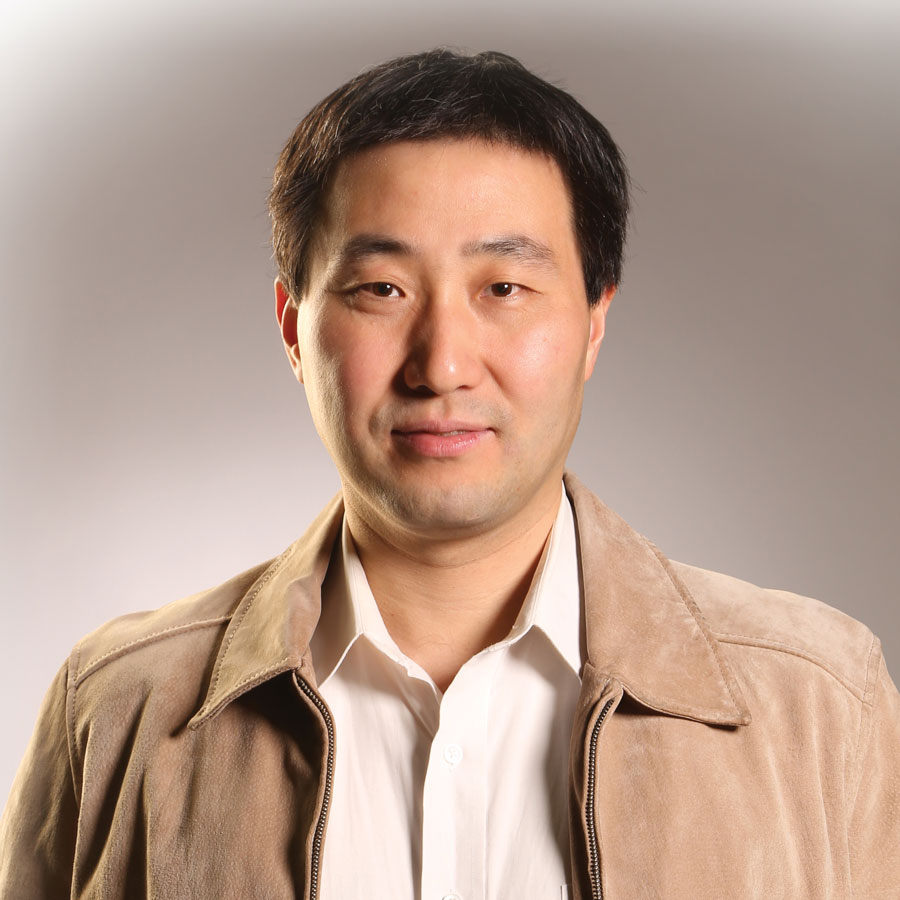 “The Internet of Things are the connected devices with automated systems that can gather information, analyze data and learn from a process or accomplish a task,” explains Dr. Dong. “The idea of IoT has been tossed around for some years. It has seen a boost very recently because two supporting techniques are maturing: fifth-generation (5G) mobile communications, and artificial intelligence (AI).

“The goal of 5G is to establish a ubiquitous connection of people and things with high-data rate and reliability,” explains Dr. Dong, adding that 5G has three specifications: eMBB (enhanced Mobile Broadband), URLLC (Ultra-Reliable Low-Latency Communications) and mMTC (massive Machine-Type Communications). “URLLC and mMTC target many uses of the IoT. For example, the industrial IoT and the V2X — that is, vehicle-to-vehicle and vehicle-to-infrastructure — communications for future self-driving cars. It requires an extremely small error rate and very stringent delay constraint within a few milli-seconds or even micro-seconds.”

With the expansion of IoT devices comes an unprecedented amount of data, observes Dr. Dong. “[Historically,] it was a difficult task to process the big data and extract useful information. The data produced at such a rapid rate and volume by the IoT demands artificial intelligence (AI) algorithms with modern data analysis approaches. Today, we have deep-learning algorithms to handle the big-data problem,” he says. “Conversely, the growth of AI is fed on the big data that are continuously generated by the proliferation of the IoT. This is a loop with positive feedback.”

“Our research aims to solve the problem of distributed deep learning that can be implemented in intelligence edge devices instead of the cloud.”

Given the IoT’s brisk proliferation and its increasingly essential nature to the way we live, it’s probably not surprising that it’s a prized target of cyberattacks. Thus, IoT cybersecurity is crucial. The good news, says Dr. Dong, is that the multilevel feature-learning capabilities of deep learning can be exploited for cyberattack defense and malware detection.

“The IoT and deep learning can be applied to the smart power grid to collect, analyze and react to sensed data from the grid,” he says. “The conditions of the power generators and the transmission lines can be closely monitored for optimal operation and maintenance. With smart meters, a massive amount of data are collected on energy consumption. The IoT along with AI data processing can lead to a good management of energy generation and usage.”

Dr. Dong’s research team is composed of two Baylor doctoral students, Yuchen Qian and Yuan Xing, who work in the Cyber-Physical Systems Research Lab at the Baylor Research and Innovation Collaborative (BRIC). With part of their research related to AI funded by Intel, the state-of-the-art lab is equipped with an experimental IoT testbed and computer servers with GPU (graphic processing unit) and Intel Movidius neural compute sticks that run the AI algorithms.

For IoT with 5G communication, he and his research team are working to meet the challenges of achieving secure and ultra-reliable low-latency communications for the industrial IoT. “For industrial applications, especially in the power grid, the IoT needs to be super-robust against security threats and ultra-reliable with close-to-zero data communication errors and milli-second-level round-trip delay,” explains Dr. Dong. “For the part of deep learning and big-data process, our research aims to solve the problem of distributed deep learning that can be implemented in intelligence edge devices instead of the cloud. Training a deep neural network on a single machine, even with the current GPU and multicore-CPU hardware, can take an impractically long time. The computation is very demanding. Distributed methods are crucial for applying deep learning in many practical IoT areas.”

Dr. Dong and his team’s research is of special significance now because it attempts to solve practical — albeit difficult — problems of what Dr. Dong calls ABC technology. “I call it ABC technology — AI, Big data, and Communication/Connection,” he says. “I believe the ABC technology will change our lives and societies in a way that is unimageable today.”

If you can imagine what a smart city of tomorrow might look like, you may be able to begin to imagine some of the fruits of Dr. Dong’s research labors with applications toward the concept of smart cities — to which the smart power grid is fundamental.

“Improving cities is a global need with the rising and urbanization of the population. A smart city will contain thousands of sensing IoT devices, which generate a massive amount of data that can be harnessed to improve the operations of the city,” says Dr. Dong. “With IoT devices collecting data and AI algorithms understanding that data, a smart city can reduce pollution, optimize transportation and minimize energy consumption.”