A tripod is one of the most stable structures for supporting the weight and maintaining the stability of other objects. The three legs allows the stand better leverage for resisting lateral forces, making it strong, reliable and durable. In the field of materials science, strength, reliability and durability are the goal, and the work and friendship of three researchers — Dr. Walter Bradley, Dr. William Jordan and Dr. David Jack — has undergirded Baylor’s Materials Science program and helped shape it into the innovative discipline that it is today.

The Materials Science program has grown over the last 15 years and so has the Mechanical Engineering Department in which the program is housed. A master’s in mechanical engineering was added in 2004. The number of faculty has doubled from 10 to more than 20, and the number of graduate students in the department has more than tripled. In 2014, Sarah Stair (BSE ’12, MSE ’14, Ph.D. ’17), who interned with Dr. Bradley as an undergraduate and studied with Dr. Jack in graduate school, began her work as Mechanical Engineering’s first doctoral student.

While the emphasis of materials science in mechanical engineering has mostly stayed the same, the focus has changed. “The conversation has changed from, ‘Hey let’s do a design project and come up with a slightly better tweak on a widget or a gear,’” said Jack, associate professor of mechanical engineering. “Now the conversation is, ‘How can we change an industry? How do we fundamentally improve across the entire industry or across the entire spectrum the way engineers design or inspect or test or essentially allow new manufacturing techniques to be used?’”

Baylor senior Maddie Turner works in Jack’s lab testing different polymers and how their properties and strengths vary at different temperatures and frequencies.

To gain an understanding of where the Materials Science program is today requires a look back at where it got its start. 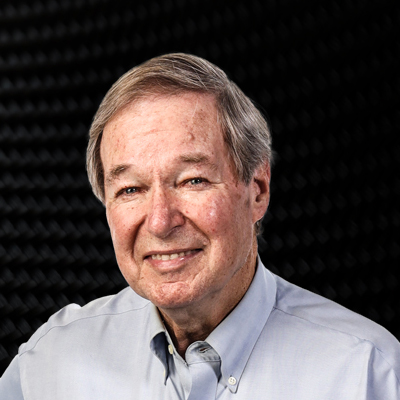 Dr. Walter Bradley, professor emeritus of mechanical engineering, joined Baylor in 2002 after a long career at the Colorado School of Mines and Texas A&M University. He was one of the first at Baylor and in the School with a focus on materials science. That research gained national attention with coverage from MSNBC and the Discovery Channel.

Bradley worked with Ford Motor Company and others interested in using coconut husk fibers in the production of parts. Numerous auto parts are made of synthetic polymeric fibers, including trunk trim, door panels and dashboards, and could potentially be made with fiber from the coconut husk.

With 11 million coconut farming families around the world, the market for people who could benefit from Bradley’s research into coconut fibers is quite large. “They don’t make but about $500 a year. If we can make the coconut shell and the coconut husk have some commercial value beyond just being burned, then it could potentially double their income,” said Bradley.

Bradley believes coconut fibers can replace synthetic fibers in some applications due to their mechanical properties and lower costs. The fiber is burn resistant, has excellent ductility and formability, low density, good bending stiffness, is durable in wet environments and resists mold.

Because coconuts only grow within 20 degrees of the equator, it was an ideal natural resource that was underutilized, yet couldn’t be easily replicated. Bradley’s research was dedicated to maximizing this resource for the developing world’s economic benefit.

“We thought this was the perfect opportunity because it allowed us to try to take advantage of what they had and other people don’t have,” said Bradley.

During his tenure at Baylor, Bradley was unable to find a supplier who could produce the quantity needed while keeping the supply clean.

Today after retirement, however, business is getting stronger. Bradley and a team of investors have built a plant in the Philippines that can process the coconuts directly from the farmers, ensuring the coconut fibers stay clean. They’re currently producing coconut oil that is being sold in nearly 1,400 major grocery stores across the United States and soon hope to find customers in Asia to keep down the cost of transporting the coconut husks and shells. They’ve started talks with the companies that had originally expressed interest.

“We have a nice clean supply of coconut husks and coconut shells that we’re going back and trying to develop markets for now that we have a good supply chain,” said Bradley. “We’re just getting back into trying to commercialize the waste material that we want to be able to convert into a cash flow stream so that we could make the waste material that coconut farmers have be worth something.”

Bradley hopes his Baylor legacy is one of creating great materials properties that aren’t very expensive. “We’re always looking for more performance and less price. That’s a way of serving people. I think that if we can make the quality of life of people better with the things that we can develop through research and development, then I think we’ve done something that’s pleasing to God,” he said.

Bill Jordan, professor and inaugural chair of the Department of Mechanical Engineering from 2005 to 2016, came to Baylor the year after the master’s program was added. 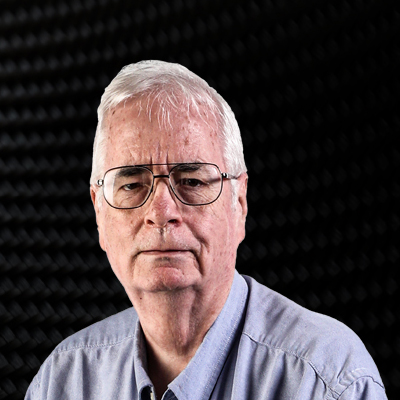 Dr. Bill Jordan
Jordan did his master’s (Colorado School of Mines) and doctorate (Texas A&M) with Bradley as his faculty advisor.

“I always say be nice to your graduate students. They may be your boss someday, which in this case was the case. Fortunately, I was nice to Bill and he was nice to me. We’ve been good friends for 30 or 40 years,” said Bradley. “He shares the interest that I have for trying to focus on research that can help people in developing countries.”

“He’s [Bradley] had enormous influence on me personally in the sense of as a Christian scholar, as well as just a teacher. One of the things he did is inspire me in the context of, ‘How do you put Christian faith into something that seems to not be faith related,’ which is the day-to-day practice of engineering. What he inspired me to do here was do research that if successful will help other people,’” Jordan said.

All three faculty have seen the field of materials science change in the areas of nanocomposites, the incorporation of new composites like natural fiber reinforced plastics that use banana or coconut fibers and in the area of 3D printing. Previously 3D printing was used as a research tool, said Jordan, but now objects and parts can be made using a thin layer of reinforced plastic.

Jordan is in the early phase of exploring whether banana plant plastics can displace glass or carbon fiber composites in certain applications. Like Bradley and Jack, he works to involve students in his research.

“I think research as undergraduates can transform students. There are a lot of our students who have no idea what research is, and they might love it if they got exposed to it,” said Jordan.

Something else that contributes to Baylor’s transformative education is the small class size. “We’re still smaller than the big state universities in average class size, and we can have a more personal education,” said Jordan, adding that he brings his Christian faith into the classroom when appropriate.

Jack agreed, saying the sequence and content of classes taught in most any mechanical engineering program looks similar, but it’s the relationships in and out of the Baylor classroom that makes the education transformative.

“I get to know my students in a much closer, much more personal level than I would be if I was at anyplace else. I get to know their background. I get to meet their parents. I get to know them, their challenges,” said Jack, who also has developed strong relationships with industry professionals that have translated into students getting hired at companies for which they traditionally wouldn’t be competitive.

Turner said as an undergraduate she has gained so many skills and an invaluable amount of knowledge in just a short few months by spending time in the lab. “I feel called to use my gifts of academics and curiosity as an engineer to learn more about God’s resources and how we can apply them to groundbreaking research and development,” she said.

Today, in Jack’s lab at the Baylor Research and Innovation Collaborative (BRIC) a 48-foot bird strike cannon designed by his students sits aimed at the airplane fuselage in the BRIC’s parking lot, ready to test different composites being developed within the lab. He partners with another tenant in the BRIC, Delta-G Design, who works closely with the FAA. 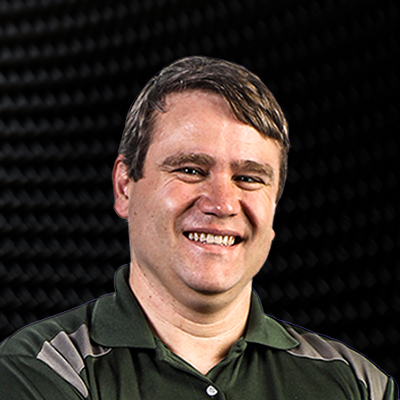 “Every airplane has to be qualified that it can sustain a bird strike. Right now there’s only one accepted method out there and this is prescribed [by the FAA]. You have to essentially strike an aircraft with a four-pound bird at 80% of the cruise velocity of the aircraft,” said Jack.

“What you’re doing is certifying a new part. So you might take an existing air frame, mount the new part to it and take the shot at the new part. You wouldn’t want to do this for a plane that’s currently airworthy because essentially you would run the risk of damaging the plane,” he said.

Jack has one patent, two under review and a fourth that was recently submitted. Funding from Axion Structural Innovations, Ford Motor Company, L3Harris, Delta-G Design and Sandia National Labs, a branch of the Department of Energy, is powering a variety of his current research.

Recycled plastics like milk jugs and laundry detergent bottles play a key role as Jack works with Axion Structural Innovations, the world’s largest manufacturer of composite railroad ties and polymer composite structural lumber. Fiberglass waste from the automotive industry is added to the plastics, along with a few other components to make a railroad tie or structural lumber that is 99% recycled.

The price points of the new ties compared to the current wooden ones are similar, but the new solution is a green technology. “Now you get the benefit of when it wears out, you literally pull it out of the track bed, chop it back up, make a new tie and put it right back,” said Jack. Union Pacific has implemented many miles of these composite ties. Jack’s work with Ford Motor Company is focused on making parts more durable, stronger and with longer performance. Those parts could include anything from interior panels to the hood to the bumper. The entire automotive industry is also focused on lightweight performance.

“We understand how the manufacturing process changes the final part performance. So, if I turn a dial here to increase the temperature, if I increase the pressure, if I change the geometry, I can essentially get a different part,” said Jack. “Because of all the variability from manufacturing you have to be very, very careful in setting those dials (manufacturing parameters) just right, and we can come in and predict where the valve should be to get the best performance.”

The level of impact that Baylor’s focus on materials science can have has increased exponentially, according to Jack. It will only continue to increase as the university moves closer to achieving Research 1/Tier 1 status, he said.