Robotics That Mimic The Brain

In the burgeoning field of neruomorphic computing, Dr. Scott Koziol is pioneering research of robotics and neuroscience.

Robotics That Mimic The Brain

To understand the goals of neuromorphic engineering - or "brain-inspired computing," as Scott Koziol, Ph.D. associate professor of electrical & computer engineering, succinctly explains it - consider the dragonfly

One day, while walking to his car, Koziol found a dragonfly on the ground. Far beyond a mere discarded insect, Koziol saw in it a model for the aims of his discipline. In a tiny package, the dragonfly is able to utilize its energy to fly, made decisions that shape the path it takes around obstacles or to food sources, change its elevation and change speeds - incredible feats for a creature that can fit in tthe palm of your hand.

“We can put what the dragonfly does into three broad categories — sensing, thinking and acting,” Koziol says. “It’s got a limited amount of power to use for thinking and flapping its wings. Yet, it’s still able to process its world, avoid people or objects, fly up and down very quickly — if you think of it, it’s really a hallmark of what we’re trying to do.

“If we can develop processing that is brain-inspired, that’s meaningful. Think of all a dragonfly does with what we call SWaP — size, weight and power limitations. To be able to devise something that operates like that, I feel like we would really be accomplishing our goals.” 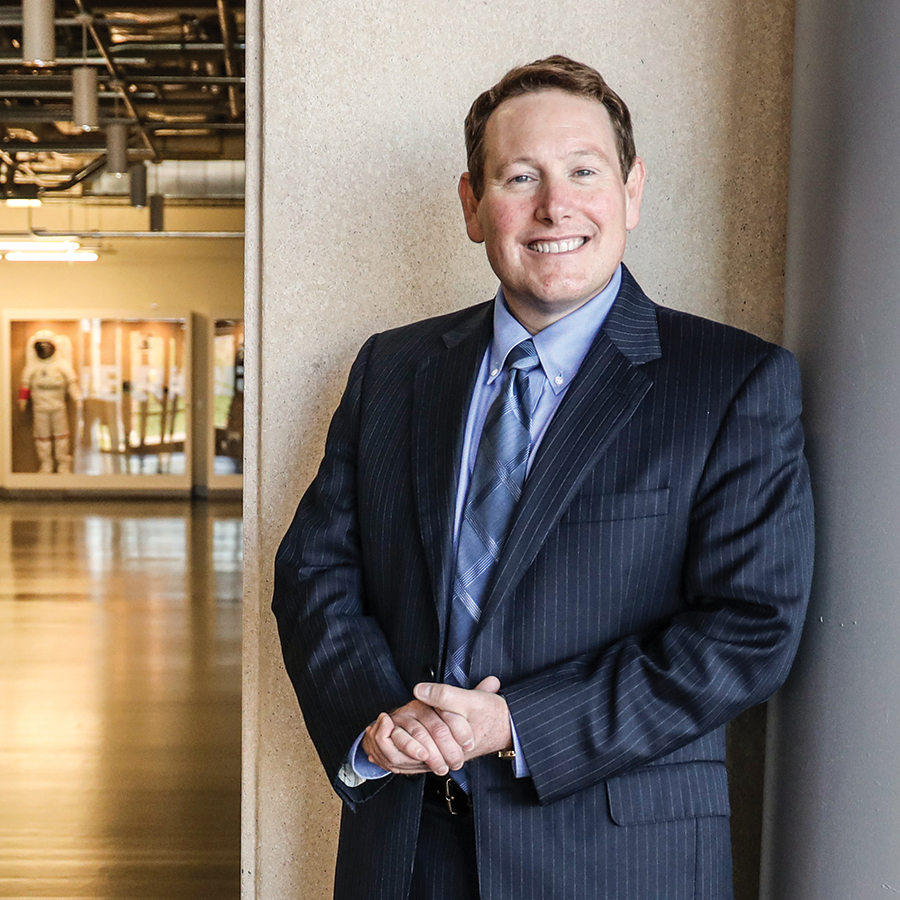 The field of neuromorphic computing is relatively new. Koziol’s Ph.D. advisor at Georgia Tech, Jennifer Olson Hasler, Ph.D., was advised in her own Ph.D. pursuits at Caltech by Carver Mead, Ph.D., who pioneered the field. From a scholarly perspective, Koziol is, essentially, a grandchild of the scholar and inventor whose work coalesced into the field of neuromorphic computing in the late 1980s.

“The whole idea of the field is based on this question: how can we use principles of how our brain operates to do computing in a whole new way? My application space in the field is autonomous mobile robots,” Koziol says. “If you picture a Venn diagram, robots are one circle. Another circle is custom electronics. The third circle is neuroscience. They all overlap to apply neuroscience to electronics that are brain-inspired and autonomous mobile robots capable of navigating what’s around them to carry out what they were designed to do.”

Koziol’s lab at the Baylor Research and Innovation Collaborative (BRIC) — the Neuromorphic & Robotics Systems Lab — is filled with robots of various kinds — flying robots (quadrotors), robot arms and unmanned ground vehicles. Alongside them are computers and circuits on which he and students work to create algorithms to enable the robots to process their location, analyze obstacles around them and successfully navigate their landscape to carry out their designed tasks.

For Koziol, navigation is key. To navigate, a robot needs to be able to map out its world. Specifically, he and his students seek to replicate the actions of grid cells and place cells, colloquially referred to as “the GPS cells of the brain.” These cells, whose discovery earned a Nobel Prize in Physiology or Medicine in 2014, allow individuals to keep track of where they are through mental models that make sense of their location.

“We are working to create mobile platforms to incorporate hardware intelligence into these robots to help them make the same kinds of decisions that we would,” Koziol says. “Do we turn left? Stop? Do we stop and investigate? These robots have to be able to plan out their path and then execute it. We’re striving for a hybrid navigation system that combines traditional navigation with bio-inspired methods for a better outcome.”

Stakeholders in a variety of industries take a keen interest in that type of work. Koziol offers Amazon’s delivery drones as an example of the field that is familiar to many.

His research, however, has been in partnership most closely with the U.S. Navy, with whom he spent five summers at a Navy center. There, he partnered with other researchers, and he continues to conduct research with a variety of Naval applications.

A Proof Between Ears

As Koziol moves forward in neuromorphic research, he does so in an environment rich with opportunity. Baylor’s vision of becoming an R1/Tier 1 research university promises even greater investment in research, a reality Koziol has experienced even before the specific expression of that vision through Illuminate.

“Baylor has been very generous in building out this lab since I got here in 2013,” Koziol says. “The University has really put their money where their mouth is in supporting research, and the BRIC has been an amazing space that fosters research, training and more. It’s hard to think of too many research universities that are unambiguously Christian, and it’s exciting to see that investment.”

He sees faith applied in his own scholarship through the very motivation for his field — the human brain.

“We have an existence proof between our ears,” Koziol says. “God created an amazing computer, our brain — an incredible system for processing, thinking, learning and navigating. So, knowing that He designed for us an awesome system, my perspective is to try to reverse-engineer that. What can we learn from His design? To be able to pursue that through the combination of seemingly disparate fields, robotics and neuroscience, is very exciting and potentially transformative.”