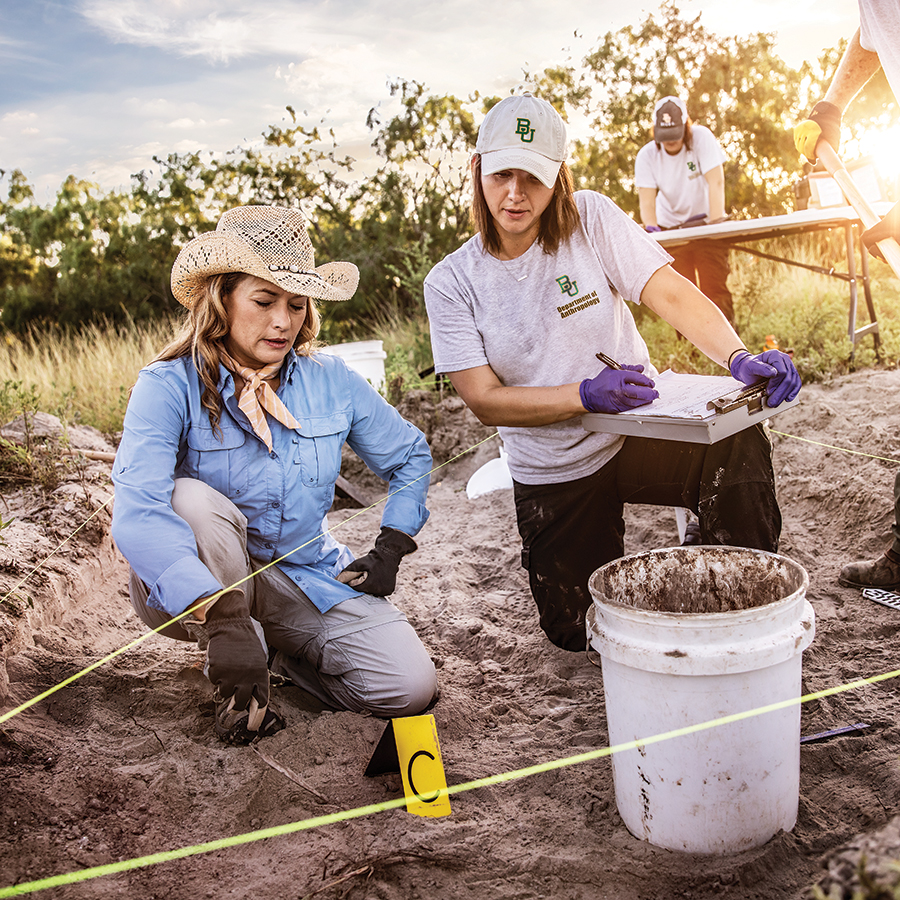 “Baylor University’s vision affirms that the world needs a preeminent research university that is unambiguously Christian, and we are uniquely positioned to achieve this goal by building on Baylor’s historic strengths and strategically investing in new areas of research and service,” President Linda A. Livingstone, Ph.D., said. “Through top-tier research, scholarship and external funding support, R1 universities bring their voice to bear in addressing our world’s most meaningful challenges. As Baylor achieves preeminence as a Christian research university, it enables researchers from throughout the University to infuse the quest for solutions, at the highest levels, with Baylor’s distinct voice and Christian mission.”

“By strengthening scholarship, deepening learning and enhancing teaching, these initiatives will support our commitment to excellence in undergraduate education and growth in graduate education,” President Livingstone said. “Collaboration is vital to finding solutions to the immense challenges facing our world. Baylor’s Illuminate initiatives are developed around areas where existing collaboration is yielding results and where continued work and additional investment will elevate the University’s R1/T1 quest.”

“I believe we’re capable of achieving this goal in striving to fulfill Baylor’s full potential and in keeping with our historically distinctive mission,” Provost Nancy Brickhouse, Ph.D., said. “It will take years of unwavering, strategic effort as a University and community of alumni and friends to achieve. Recognition for faculty research and Baylor’s collective scholarly and creative enterprise will be the key to our success.” 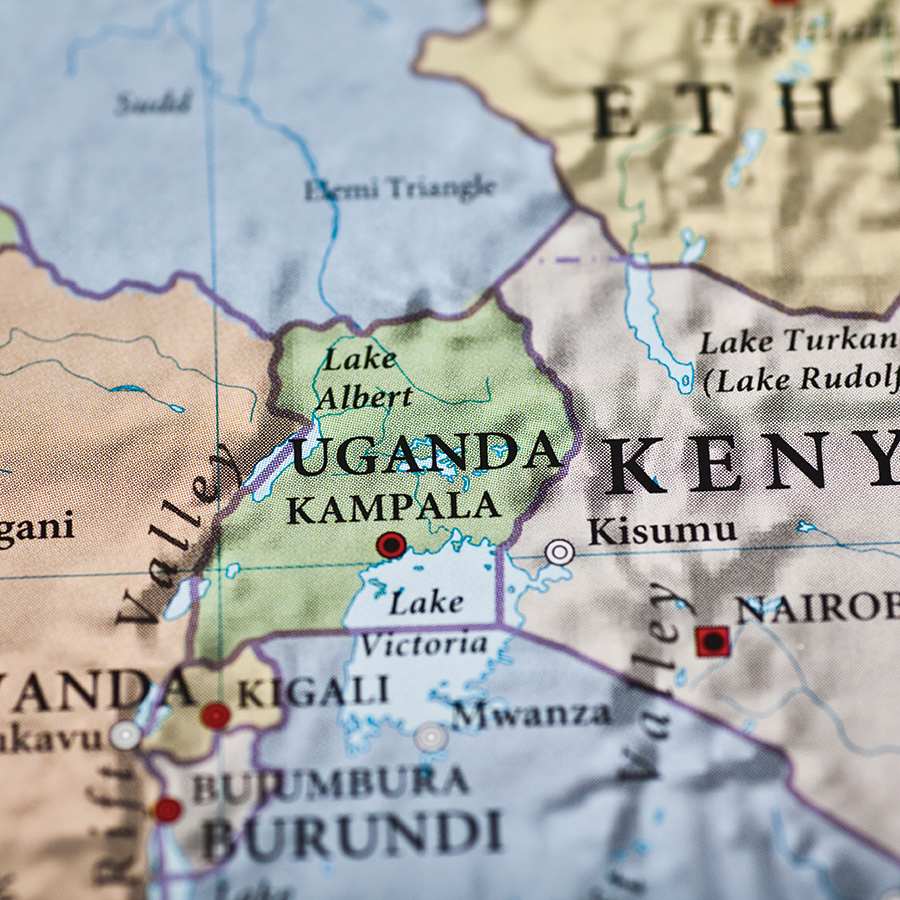 Lake Victoria, the largest lake on the African continent and the largest tropical lake in the world, has the potential to dry up more quickly than researchers previously realized, and the White Nile tributary (the only outlet for Lake Victoria) could disappear within a decade, according to a study published in Earth and Planetary Science Letters.

The drying up of these bodies of water, which the project’s researchers say is driven by climate change, could be devastating to large swaths of East Africa and millions of people, according to the study, “Rapid Pleistocene desiccation and the future of Africa’s Lake Victoria.”

The research team developed a model for Lake Victoria to help understand how changes in rainfall and temperature, due to climate change, would affect the future of the lake. They discovered that relatively small changes in climate could cause lake levels to drop rapidly.

“Modeling indicates Lake Victoria can transition back and forth between modern lake levels and being completely dried up in centuries to a few millennia,” Peppe said.

According to Peppe, combined observations from this new modeling and estimates of ancient precipitation indicate that Lake Victoria was likely dried up between 36,000 to 100,000 years ago.

“As Lake Victoria dried up, this affected the dispersal patterns of early modern humans and other mammals as grasslands expanded with the retreat of the lake,” Peppe said.

The researchers wrote that additional regional climate modeling is urgently needed to understand the effects of climate change on the region. 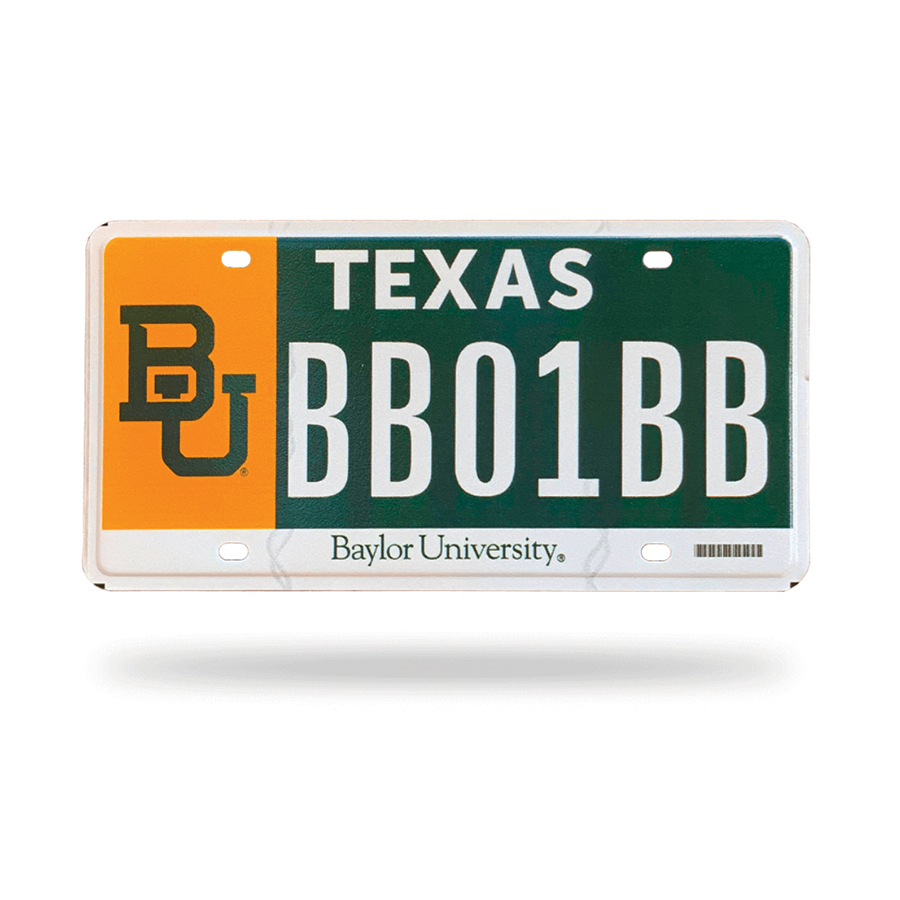 The State of Texas now provides and option of new Baylor-branded license plates to allow drivers to display their Baylor pride on the road and support Baylor students as they go.

The plates, feature a prominent green and gold color scheme and the iconic “Interlocking BU” logo. In addition to allowing drivers to show their Baylor spirit wherever they drive, the plates further benefit Baylor students. A portion of each purchase comes directly back to the University in support of student scholarships.

Baylor’s license plate partnership is with MyPlates, a Texas-based company that partners with the Texas Department of Motor Vehicles to create specialty plates across a variety of affinities and organizations.

More information is available at baylor.edu/plates. Price options begin at $35 per year. 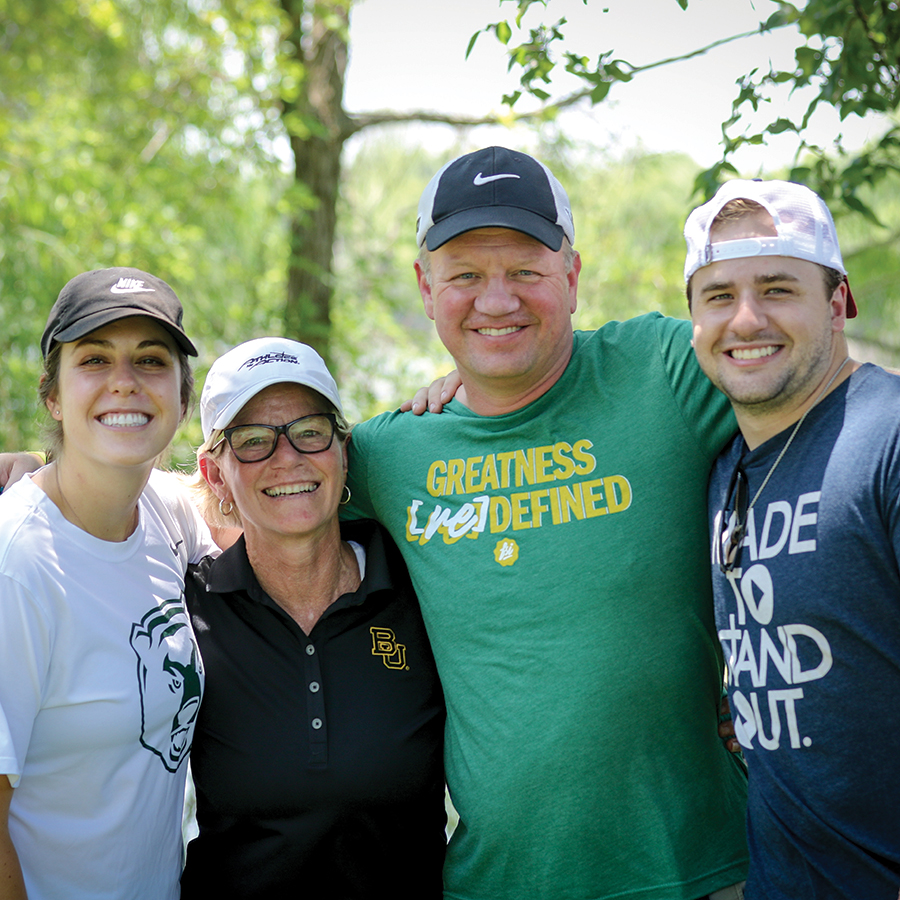 Baylor University’s George W. Truett Theological Seminary received a $300,000 sustainability grant from the Indianapolis-based Lilly Endowment Inc. to continue a program to identify and cultivate youth who will become leaders in church and society.

The Faith & Sport Institute (FSI) Retreat is part of a successful initiative begun in 1998 with Lilly Endowment’s Theological Programs for High School Youth. It received a $600,000 grant from Lilly Endowment in 2015.

The FSI Retreat program provides a unique annual experience within a diverse community, using a weeklong mentor-guided retreat setting that engages and forms religious teenagers to become discerning, vibrant leaders in sports, church and beyond. It inspires the faith of serious-minded youth to the next level of leadership spiritually and morally in the contested culture of sports.

The sustainability grant from Lilly Endowment is in step with Illuminate, the University’s strategic plan, and its aspirations to become a Research 1/Tier 1 institution.

“The concerns, questions and dilemmas that cut across the sports we cherish call for research and pedagogy that is unambiguously Christian,” said John B. White, Ph.D., The Harold and Dottie Riley Associate Professor of Practical Theology and faculty director of FSI.

White noted that much can be learned about young people and their ultimate concerns by how they play their sports.

“The added value of our research allows us to use validated research instruments to assess the quality of our immersion experience’s outcomes so that our published conclusions will resource the academy, the church and sports culture,” he said. “Our hope, with the sustainability grant, is for both FSI’s seven-day retreat and its one-year commitment of mentoring to continue to translate to and equip teenagers for service and their future callings in the ‘race of life.’” 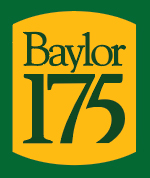 Since receiving its charter from the Republic of Texas and opening its first campus in Independence, Baylor — the state’s oldest continually operating university — has persisted in the pursuit of the founders’ vision to be a beacon that shines brightly for all future generations.